Well actually the Madingley American Cemetery and Memorial  from Duxford on 1st February to celebrate 80th anniversary of 8th US Air Force.

Joining a Rockwell B1 Lancer – non-nuclear supersonic variable-sweep wing, heavy bomber normally based at Ellsworth AFB in South Dakota – were two F15 Strike Eagles and a  Lockheed Martin F-35 Lightning II stealth fighter. Another unidentifiable plane, possibly an F-35, was taking pictures of the flypast from higher up as seen in the incoming wide angle picture..

At the Comberton Plantation waterworks one could see the formation flying up from south of Wimpole Hall and over the waterworks on their way to pass over the Madingley American Cemetery and Memorial. 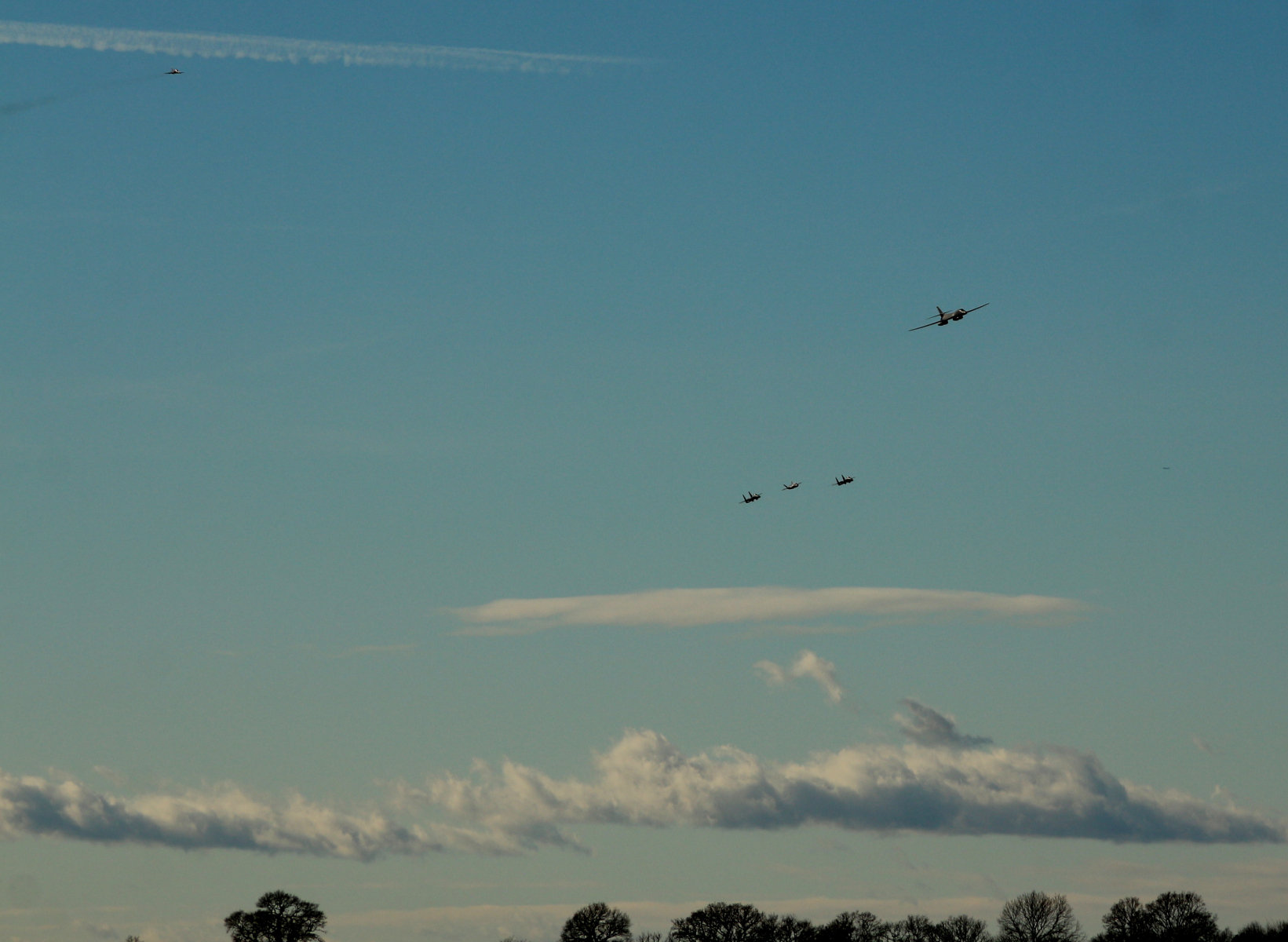 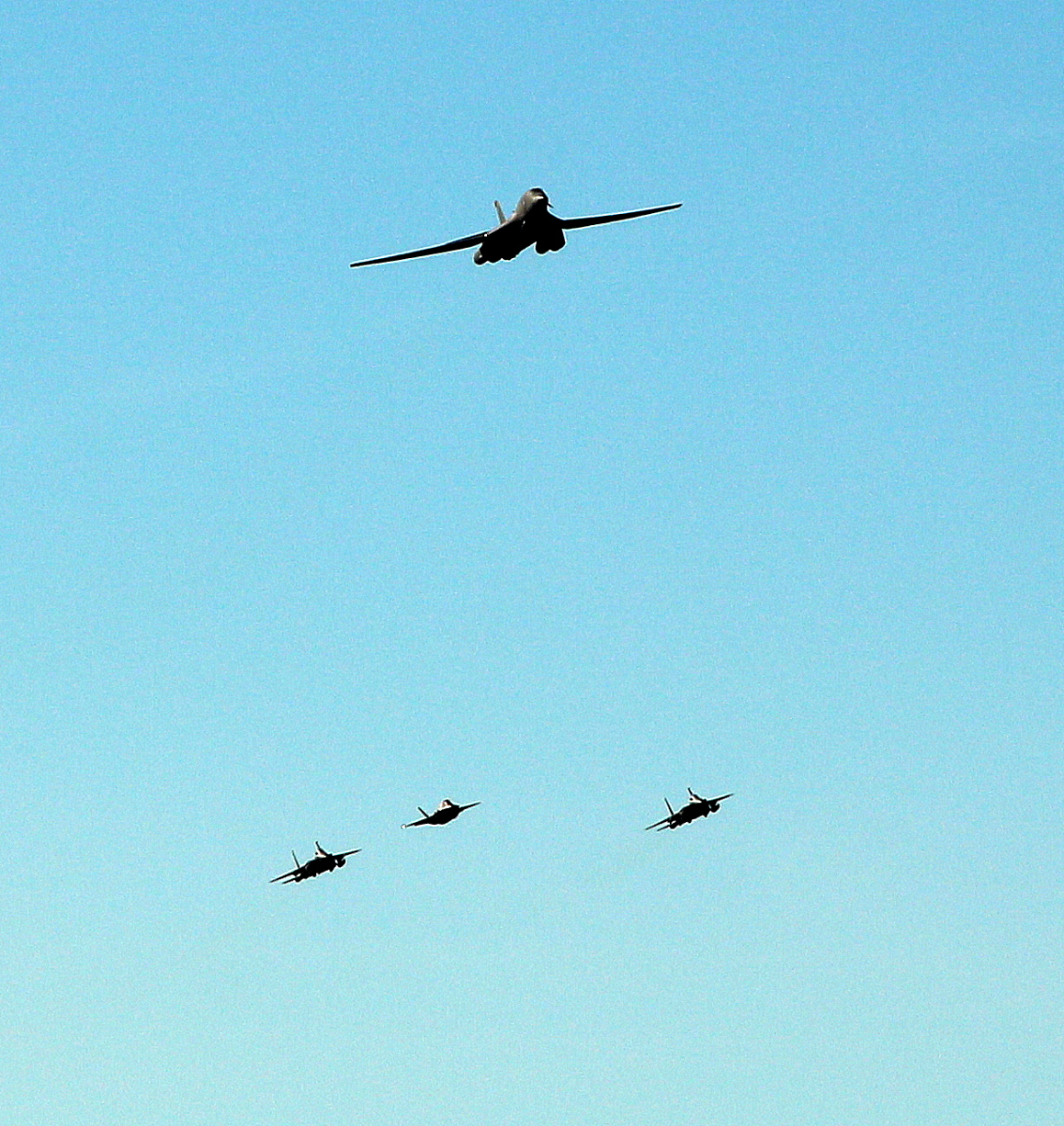 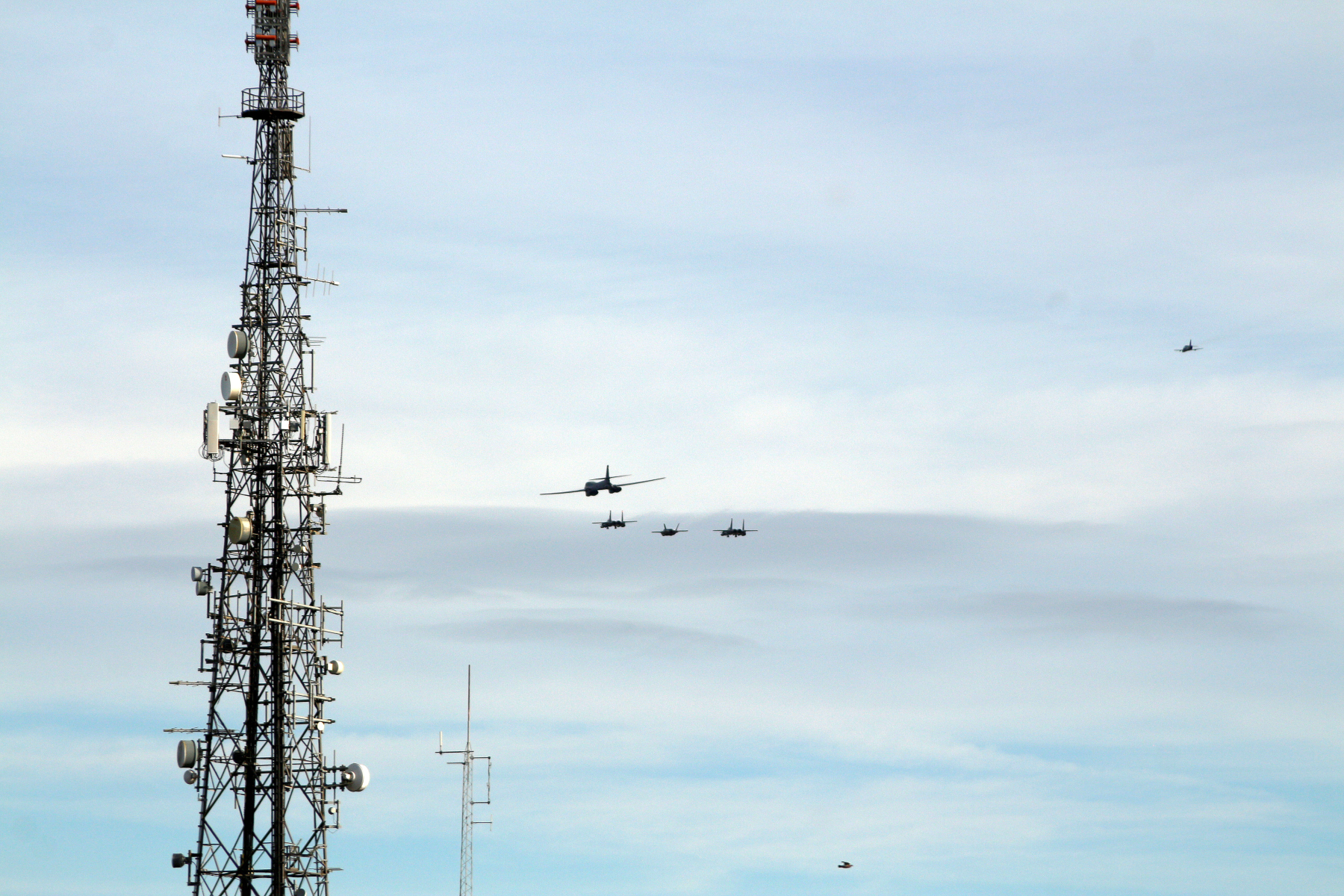