Hundreds of motoring offences in day of action

The 24-hour multi-agency operation included enforcement activity targeting the use of mobile phones while driving, speeding, failure to wear a seatbelt and driving under the influence of drink or drugs.

Speed Watch volunteers caught 150 people speeding and will be sending out warning letters, 291 vehicle tyres were checked and 40 roadside eyesight tests were completed, with one driver failing the test, preventing them from driving until they pass an eyesight test. 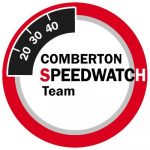 “It’s always disappointing to catch so many people committing motoring offences or putting themselves at risk by failing to wear a seatbelt or cycling in the dark without lights.
“Through the operation we were also able to deliver road safety training to around 1000 children and teenagers in pre-schools, schools and colleges across the county.
“Road offences are a highly emotive topic for the public and in the current policing climate we are in a position where we have to juggle the public’s expectations around enforcement with our own local demand. However, if we can empower people to change their behaviour and make poor and dangerous driving unacceptable.
“Within the operation’s 24 hours we wanted to take as many dangerous vehicles and drivers off the roads as possible.”

More than 350 officers, PCSOs, staff and volunteers are taking part in the event, including Specials, police cadets, neighbourhood officers, road policing officers and representatives from a number of charities and local organisations.

Last year 48 people were killed in Cambridgeshire, 436 were seriously injured and 2307 were injured in collisions.

“Far too many people have been killed or seriously injured on our roads. I hope that drivers and cyclists alike took notice of the advice provided during last Friday’s 24 hour operation. It was an important opportunity for us to emphasize the dangers we all face on the roads however keeping people safe remains business as usual for police officers every other day of the year.”

Activity on the day included:·